This week in Professional Nerds, an awesome interview with Remington and Shaun of the Anime out of Context podcast. It’s a super fun look at some of the more popular anime through the lens of both a big fan of anime, and a… what’s the opposite of a fan?

Anyway, I highly recommend giving it a listen. You can find them wherever you get your podcasts, and you can check out their Podbean site at animeoutofcontext.podbean.com/

1. How did you two meet and decide to start working together?

Remington: We met in high school because we were both involved with theatre. As for the podcast, one day we were hanging out and Shaun mentioned that he was feeling really complacent and stagnant with his life, so I suggested he take up a hobby or project. Then I said we could do it together. 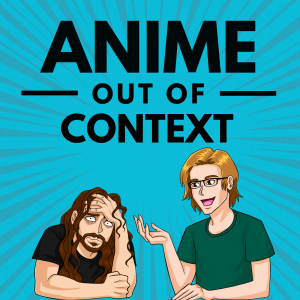 Shaun: Initially we were thinking of doing a gaming channel together on Twitch, because we’ve always been good with banter and humor with each other. Eventually that idea transitioned into a podcast, and I eventually suggested that it be about anime. Remington was reluctant at first, but I think he’s coming around the idea.

Remington: It has it’s pros and cons.

2. How many hours a week does the podcast take? What are those hours dedicated to specifically?

Shaun: That strongly depends on what type of episode we do. I have to prepare my outline and do some research on whatever anime I’ve decided to show him, and that usually takes a couple hours. Then actually watching the anime with Remington can take anywhere from an hour and a half to five or six hours depending on how evil I’m feeling.

Remington: Recording probably takes the least amount of time. There isn’t a whole lot that we cut out and we’re not at all rehearsed, so we only spend about an hour each week actually recording for the podcast. Then of course editing will take a few hours, and finally there’s all the smaller stuff like uploading the episode, managing emails, discussing how to make the show better, and the like.

Shaun: Overall I’d say it roughly ranges between 7-15 hours a week depending on the week. A lot of that coming from actually watching anime. 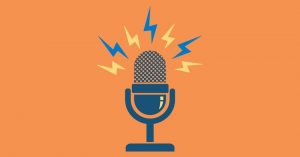 3. What first prompted you both to get into podcasting? Was it always going to be about anime?

Shaun: Both of us have always loved all sorts of podcasts and we knew our strengths were with our conversations and banter together. So I eventually suggested we do a comedy podcast.

Remington: It wasn’t about anime initially. Our first idea was to do a miscellaneous educational podcast (e.g. Stuff You Should Know) with a strong emphasis on comedy and banter (e.g. Sawbones) or maybe something about gaming or nerd culture. Eventually, Shaun recommended the podcast be focused on him showing me anime, and after my reluctance faded, we were able to polish the details on what exactly we wanted our show to be.

4. What are some of the most common reactions you get when you tell people you’re an anime podcaster?

Shaun: I imagine we get very different reactions. A lot of my friends are into anime so they immediately wanted to listen to it. A lot of people are interested in knowing what we’ve covered and what our thoughts were on different anime. It’s an excuse for me to start more conversations about anime under the guise of ‘advertising the podcast’, which I’m definitely in favor of. 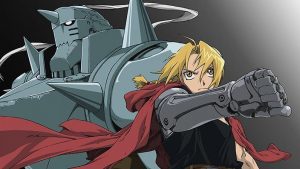 Remington: I always have to explain to people how I am a co-host for an anime podcast while simultaneously not being a huge fan of anime. I think a lot of people quickly become curious about my opinions because I’m an ‘outsider’ in reference to the larger anime community and fandom. And then once they give it a listen, they almost always tell me how much they enjoyed my suffering.

5. Is there a podcasting community you participate in? How do you do most of your marketing?

Remington: Not currently, though we’ve definitely been interested in interacting with other groups and communities, maybe even collaborating with other anime podcasters. It’s something that is very much on our radar, we just need the time to dedicate to it as well as a better idea how to start.

Shaun: Overwhelmingly most of our marketing is done by our fans. We have noticed a very consistent increase month-by-month, especially on Spotify, and a lot of the emails we get specify that they heard about it from a friend or are going to tell a friend. It’s very validating because it’s an indication that we’re creating something that people enjoy enough that they want to share that experience with others. That being said, we should probably start using social media and other tools to reach out much more than we have so far.

6. Now that you have your podcast, do you find you enjoy anime more or less than you did before? Do you take notes as you’re watching? How do you gather specific content for each show?

Shaun: I’ve always appreciated anime, and being able to analyze and joke about it every week has definitely increased my appreciation and enjoyment of it. 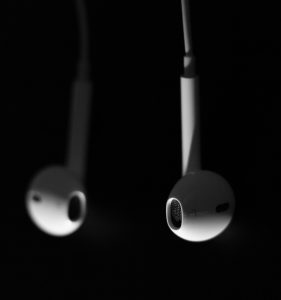 As for how we gather content, at the start of the podcast I ran through a ‘curriculum’ of different anime tropes, terms, genres, and ideas to get Remington started with that basics. Once I finished the curriculum was around the time we started getting plenty of recommendations. Now I choose what to do based on what has been recommended, what would make a good episode, what haven’t we done in a while, and of course what would I enjoy talking about with Remington.

Remington: My enjoyment of anime started from ‘uninformed-with-a-general-distaste-for-it’ and transitioned into ‘mildly-less-uninformed-with-a-more-nuanced-distaste for it.’ I still don’t really like most of the anime we’ve covered, but there have been some that knocked it out of the park and are some of my favorite things I’ve watched, anime or otherwise.

When watching, I will often take notes so that I can remember everything I want to talk about when Shaun asks about it. Especially to keep track of any particularly egregious moments I want to mention or rants I want to include.

Thanks again to Remington and Shaun and don’t forget to check out their podcast!