For the second post in my series of Professional Nerds, I spoke with Spencer Miller of Forever Summer Productions. He gave me some insight into what it’s like to create entertainment content for a living. If you missed the first of the series, it’s here.

You can connect with Spencer and Blake on their –

1. How many projects are you both working on? What kinds of content are you putting out? Which of your projects do you enjoy the most? 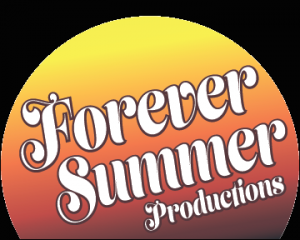 We are currently working on one big project and a lot of smaller projects. The largest project currently is the ongoing podcast that we do weekly. It has been picking up steam which we are really excited about. We recently did our first con ever as press members where we met a bunch of amazing VO actors and other anime related guests. The smaller projects include a sketch comedy series we are starting in the new year. However, everything we work on is housed under the Forever Summer Productions umbrella. We put out a podcast and videos currently. In the new year, we will be putting out a companion blog with the podcast as well as a reaction video series also with the podcast. We have enjoyed working on all of our projects so far and look forward to putting out more content.

2. How did you two find each other and decide to start working together?

Blake and I have been working together since 2010 at the end of our college years. We first wrote our pilot of Tenants then and shot the first version the summer of 2011. After that, we both moved to different sides of the country. Blake to San Fransisco and myself to Chicago. Then Blake moved to Chicago where we did two seasons of our web series and a couple of shorts. We also started the podcast right before we both were moving again. Now Blake lives in WY and I live in Portland OR. He has been one of my best friends and writing partners since the first summer we started writing and basically spending all of our time together while my then girlfriend and now wife was in Chicago doing an internship. That is where our production company gets its name. We called the summer where we became best friends the Forever Summer.

3. How and when did you realize that producing entertainment content was something you wanted to seriously pursue? 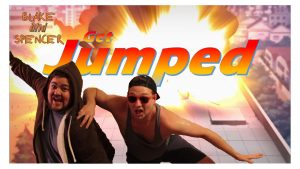 Spencer has worked on writing and acting since college. He produced a self-written show called Marionette in college that went to the NY Fringe Festival and then after college he produced a show that went to the Edinburgh Fringe Festival. Both of us have acting degrees from The University of Memphis. Blake really cut his teeth in college as a performer and didn’t start writing until we worked together on the web series other than blogging and fan fiction.

4. A lot of what you do is diversified through various projects. Do you find it challenging to keep up with it all? How have you learned to maintain balance?

Well, I have worked on a lot of projects for most of my adult life so I can keep things in order. Blake likes to say that I have a directors mentality at all times because I have to keep everything in line and on schedule. Right now I am writing a screenplay, doing the podcast, working on interviews, do freelance editing and filming, work a full-time job, do freelance acting work, and keep up with all of the social media.

5. Tell me a little about the community that you interact with for your podcast and web series. 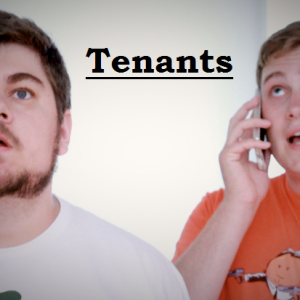 The community for web series is much smaller and harder to get a hold of we have found. Mostly this is because it is a broad comedy so lots of different people may like it but not feel compelled to write us or talk. However, the podcast is a totally different story. The anime community is deep and completely devoted. People that watch anime want to talk about what they love and hate all of the time. We love talking to them over Reddit, Twitter, and FB but we have also gotten emails from people with long diatribes about what they think we should do differently. I appreciate the heart behind it but it is overwhelming sometimes.

6. How many hours a week do you devote to your podcast and web series? What are those hours typically dedicated to?

I usually spend about 6 hours on the podcast weekly and 10 hours on the writing and other projects. However, if there is something with a specific timetable that could be a lot more.

So there you have it! Next week will be an interview with a cosplayer 🙂