We all know and love the characters from the Star Wars Universe, and everyone has their favorites. Porgs and Ewoks may have the cuteness, and C-3PO, K-2SO, and R2-D2 are certainly the foremost robots, but there are five characters in Star Wars that stand out far above the rest. 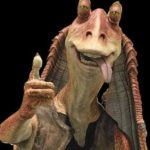 Okay for real this time. 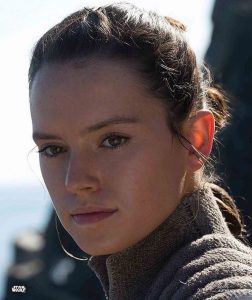 Rey is a character relatively new to the universe but already has become one of the most beloved characters of the franchise. In fact, Daisy Ridley won “Best Breakthrough performance” at the MTV Movie Awards in 2016. She even cried when she watched the trailer for Star Wars: The Force Awakens for the first time. How cute is that?

Oh, but I guess that’s not really about Rey, is it… Oh well.

Honestly, I debated putting Chewy in the #1 spot because he is just the absolute best. 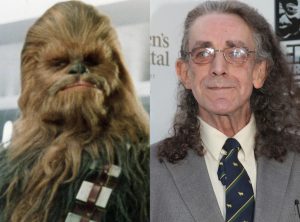 He’s loyal and lovable, and brave and quirky. When Peter Mayhew was given the choice to play either Vader or Chewbacca, he chose chewy because he wanted to be a hero and a true hero he is. He has a form of gigantism, which is why he’s large enough to play our favorite Wookie. He’s so tall, and quirky, and lovable, and he even uses a cane shaped like a lightsaber.

Hang on… that’s the actor again. Sorry about that.

Harrison Ford once described his character as “the great rapscallion of the universe”, and I think that is just perfect. 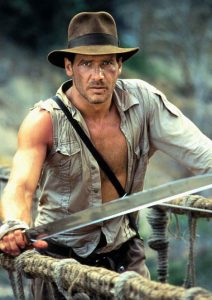 In fact, Ford himself was quite the rapscallion – of the three leads, he was the only actor in the first three films who never signed a contract. Wild right? He actually never even signed on with a talent agency until 1999, well after his success in Indiana Jones and Star Wars. 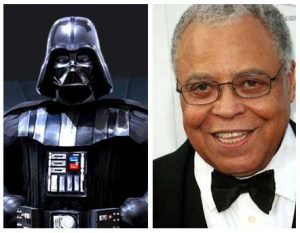 Here he is: the big daddy of all big bad daddies. I’m gonna stay on topic this time, I promise. Darth Vader was played by two actors, one of which (the voice one) is James Earl Jones, a literal powerhouse of Cinema. Though known widely for his silky smooth voice, Jones actually has had a stutter all throughout his life. Even today, the US Army Veteran and EGOT holder (Emmy, Grammy, Oscar and Tony, a distinction only achieved by 14 people in history), has to stop and think carefully before he sp–

Sweet, sweet baby-faced Ewan McGregor is among the best that the Star Wars Universe has to offer. When filming the lightsaber scenes, he kept making the little “zoom zoom”

noises because he would get “carried away”, even though they repeatedly reminded him that the sounds would be added in post. Adorable.

McGregor is a UNICEF ambassador, and I’m not totally sure what that means but it was part of the reason he was awarded the OBE (Officer of the Order of the British Empire) in 2013. Apparently, his services to drama and charity are worthy of a Queen’s recognition. Just look how cute he is, y’all. I love him so much and you can’t stop me.