For those of you that know me, you know that I have a pet praying mantis. Her name is Mantis, because the students who gave her to me were rife with creativity. So now, I have a lovely little girl who lives on my kitchen counter. She is the third creepy baby I’ve owned since I started teaching (RIP Clarice and Kiki)

EW GROSS many of you say. WHY WOULD YOU HAVE A PET BUG?! I hear you cry. YOUR KITCHEN COUNTER? PEOPLE EAT THERE! You might protest. First of all, rude. Secondly, I have her because I love her, and she lives in a giant jar, so it’s  not like I’m being unsanitary, thank you very much.

Anyway, I’d like to give you a few reasons that my Mantis is the best kind of pet.

If you aren’t familiar with Mantises, they eat live prey. Anything that wiggles or jumps and is small enough to fit in their raptorials (arms) is fair game. 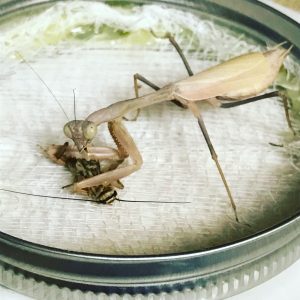 Crickets, mealworms, flies, roaches, they’re all so tasty yummy to my Mantis. It is definitely not icky at all to watch her snatch up her prey and eat it alive. It’s 100% normal that they sometimes start with the tail end and the insect is alive while 3/4 of its body is being viciously devoured. It is absolutely not a bother to have to regularly purchase live insects that are typically considered pests and keep them in my home. I for sure did not buy 12 inch long forceps so I could feed small bugs to a bigger bug without touching the icky little ones (I totally did).

Read: The Sea Sponge Will Inherit the Earth: 5 Weird Facts

They are incredibly nurturing to each other.

Mantises are cannibalistic, in case you hadn’t heard. In approximately 1 of every 4 cases, the female mantis will eat the male after mating. Typically, a mantis does not live long after successfully laying their eggs in an Ootheca, and it’s for good reason. A mother mantis would definitely for sure eat the babies when they hatched if she were alive. There is no discernment between her own babies and a delicious treat. It’s fine.

My Mantis is definitely not judgemental. 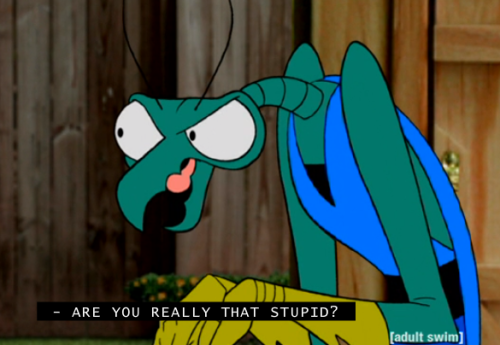 Mantis, as previously mentioned, lives in a jar on my counter. She just kind of hangs out on her fake flower and inspects me while I go about my daily tasks. Whether I’m doing the dishes or cooking the family dinner, she’s always there, quietly observing. Taking it all in without an ounce of sass. I definitely do not feel like she looks down on me in any way. I’m sure it’s just my own insecurities and not the way she turns her head to stare at me when I use frozen broccoli instead of fresh.

There is no chance at all that you will accidentally forget when you’ve let the mantis out of her jar and get spooked when she climbs on you.

No chance. Not at all.

You will definitely not become addicted to mantis ownership and consider putting new bugs on your Christmas list. 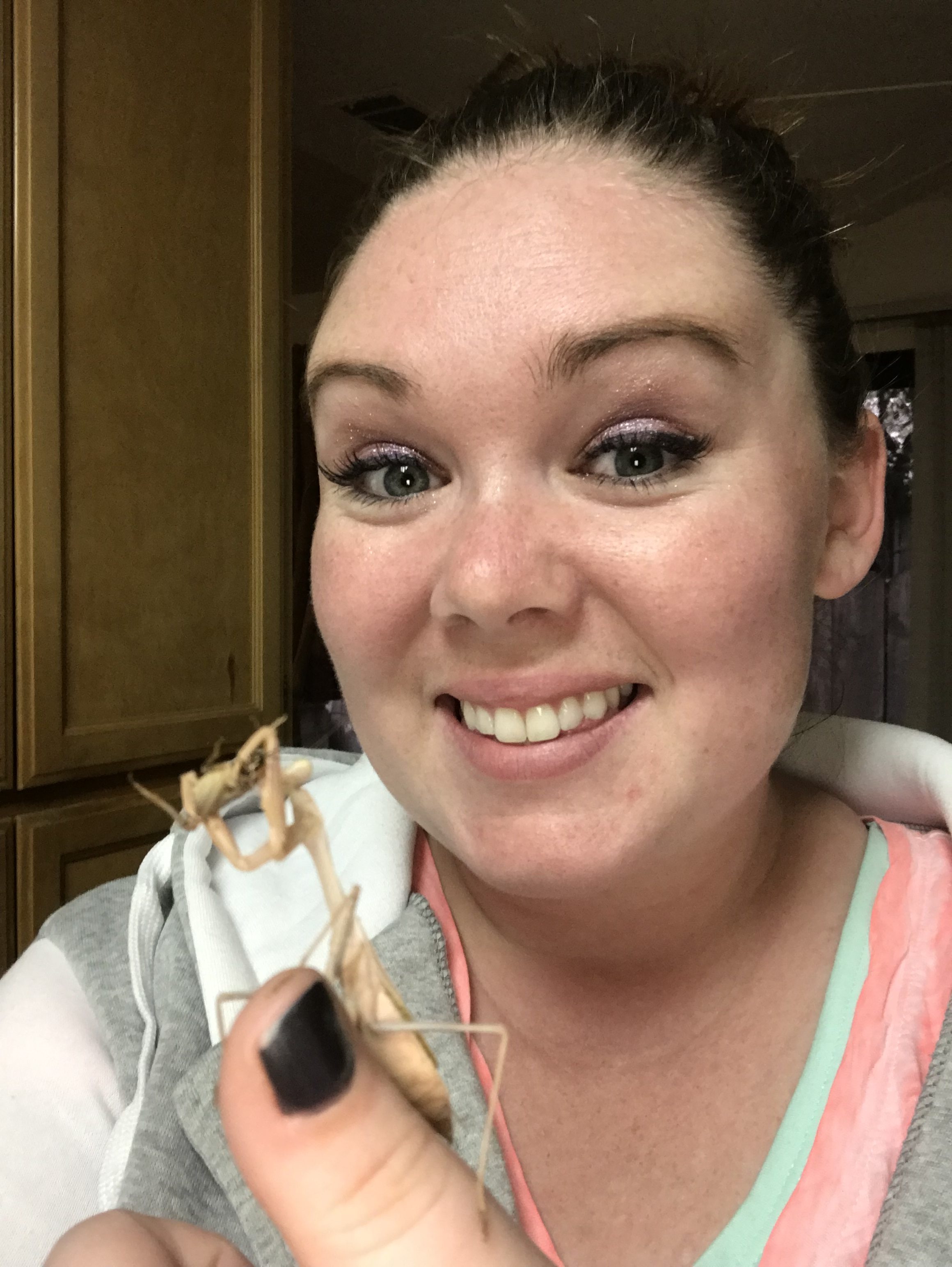 I am a normal, well-adjusted adult and I will not ask anyone for a mantis nymph. That would be weird and off-putting. Plus you want to make sure you’re buying from a reputable breeder at a time that the mantis can be safely shipped and you’ll have a beautiful new enclosure all ready for it. Other non-mantis owning humans would never know where to begin and I might end up with a ghost mantis when what I really want is an orchid and I could not handle that kind of mistake!

Read: Hey, I Want to Talk About Emus.

On that note, having a mantis as a pet is something everyone will understand and be on board with.

Not one time have I ever told someone I have a pet mantis and they reply with EW WHY. No actually it has happened many times. In fact, most times people give me some variation of confusion or disgust. And you know what? No big deal. My Mantis is a sweet girl, and if she could talk, I’m sure she would use all of her many mouth parts to say how much she loves me.  As long as she’s not too busy savaging a living creature to do so.

In my Mantis Facebook group (yeah you heard me) Someone referred to her little baby as a hideous alien cat, and it couldn’t be truer. I love my ugly little murder baby and you can’t stop me.