My son Asher is turning 3 in just over a month. While I would love to wax eloquent on all of the amazing reasons my child is an incredible treasure unfolding before my eyes, I find myself preoccupied with a more pressing issue: the birthday party. 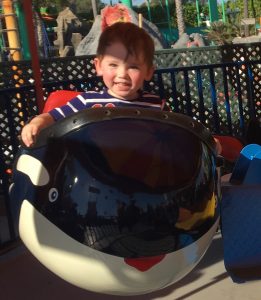 Now I imagine that one of two things is happening in your mind right now: if you are a mother with a child that is under 12, you feel my pain. Solidarity, sister. If you are literally anyone else, you’re probably thinking, “What’s the big deal? Get the kid a cake and some pizza and let all their friends go ham on your house. That’s what my parents did, if we even had a party.” I know you had to walk uphill seven miles in the snow to get to school every morning too, poor thing.

Read: Are You There Blippi? It’s Me, and I Hate You

The problem here is that we now live in the age of social media. 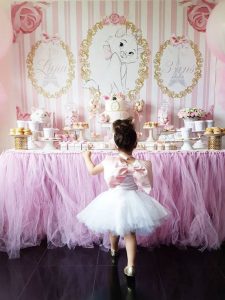 We live in the age of the Pinterest mom. We live in an age where parents are dropping literally hundreds of dollars on stuff like this:

And y’all that’s real. That’s really real. The party pressure is ON. And sure, these party ideas are insane and maybe nobody really does that, but here are some pictures from my own child’s first birthday. I gave into that hype hard, y’all. 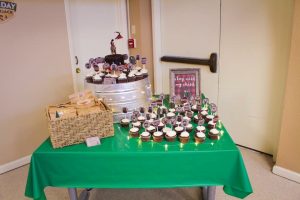 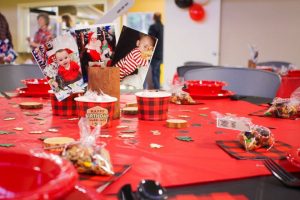 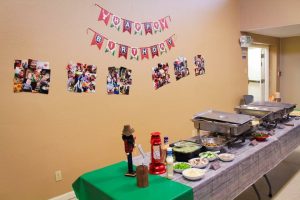 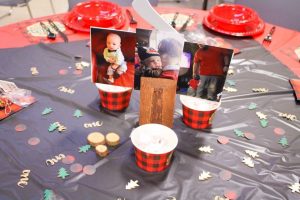 Don’t get me wrong, his party was a blast. It was so cute! I have those pictures forever and I cherish them. It was his first birthday and we had a lot of friends and family that wanted to celebrate with us. I would do it all again. But I am not doing that ever again.

First of all, that crap is expensive.

Maybe you have all the money in the world and you’re the kind of person that actually buys new clothes when you need them, but that ain’t me. Just ask that tank top with the bleach stain I wear all the time. You can’t see the stain, it’s an undershirt. I’m keeping that because a new tank top is more trouble than it’s worth, frankly. 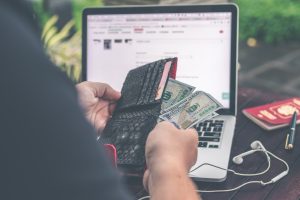 My point is, I’m cheap. I’m not the cheapest, but I’m pretty dang cheap. I’ve gone back and forth about writing a whole post about why Grocery Outlet is the equivalent of Disneyland to me. I don’t mind spending money when I need to, but dropping anything more than $50 at anywhere other than Target makes me wince a little. Y’all know that Parisian Aristocrat (barf) party is gonna set you back at least a few hundred bucks. According to this article on mom.me, the average mom spends $500 with many admitting they spent over $1000. That’s college fund money, y’all.

Read: An Honest Review of Airline Travel from my Toddler

Far be it from me to tell you how to spend your millions, all I’m saying is, that’s a lot of cheddar to drop on one event that isn’t a wedding.

Secondly, you know dang well that party is more for you than it is for your kid.

You know what your kid wants for their birthday? They want presents. They want to hang out with their friends. You know what they do not want? An elaborate themed party in which every child who goes to grab a perfectly manicured cookie must be afraid to knock over the ice sculpture. You know what kinds of things your kid likes? Cartoons. Disney characters. Dirt. You know what they do not like? A Morrocan Night theme. A nautical nonsense party. A “dream” themed sleepover. (What does that even mean? Am I going to have to show up at this party in just my underwear and make my teeth fall out?) Those are real party themes I really found on Pinterest. 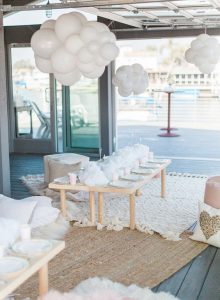 Sure, kids like anything to an extent. And yeah the older they get, the cooler that might seem. But especially for the little ones, if you ask what kind of party they want, they’re probably going to say “Lightning McQueen he’s so fast!” or “I like racecars is Martin coming to my party?” or “I don’t want to talk anymore Mama.” A child will be just as happy with the junk you pick up at Walmart if it’s the character they like. They don’t need pony rides and DIY ballgown crafts. Every time I see one of these parties with a candy bar I hyperventilate a little thinking about how sticky all those kids will be.

Finally, I’m going to cheap out on a birthday party because well, my kid isn’t worth all that.

Listen. My child is the light of my life. He is charming and funny and handsome and wonderful and polite and amazing. I love him so much. I am not going to stress myself out mentally and financially just so he can have a cool party. And more than that, even if money were no object and I could hire someone to do it all for me, I think that those kinds of events might just be teaching the birthday babe the wrong lesson about themselves. 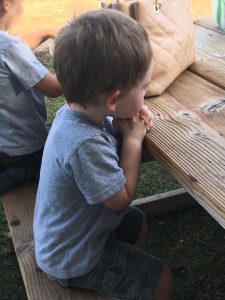 I want to give my child everything. I want him to never go without anything he needs. I want to provide for him. But I want him to understand the value of a dollar. I want him to cherish the relationships he has with his friends and family over the experiences and pictures you might get from a huge party. I don’t want my son to think of himself as King for the Day. I want him to think of his birthday party as an amazing opportunity to celebrate all of his blessings. And I want him, as he gets older, to be gracious and kind and giving on a day meant for him. I want him to recognize how much he is loved and be amazed that so many people care for him.

Read: Make Your Kid do That! 7 Chores your Toddler Should be Doing for Themselves)

I don’t need to focus on building my child’s self-esteem and personal identity. I believe through healthy bonds with friends and family, that will naturally occur. What I do need to focus on is teaching my child Godly virtues, like gentleness, selflessness, generosity, and kindness. Those are the things that are harder to come by. I want to celebrate the birth of my child, and I want him to have great birthday memories. I’m going to get my kid a cake and some pizza and let his friends go ham on my house, because the love is more important than the stuff.

P.s. Here is All the Marriage Advice You’ll Ever Need and A Lesson on First Impressions from my Dog