Okay so I know I’m like… 7 full years late to the party, but I started playing Skyrim this week. It was on sale… We had a little extra in the budget… You know how these things happen. Also, according to this article, millions of people are still playing it every month so I’m not that out of the loop. (I also got the version for Alexa because that is a totally 100% real thing that exists and I am legitimately not joking. I stabbed a mudcrab in my kitchen, y’all.)

So Kai and I have been playing it for a couple of days now and I just… I’m like maybe 4% through the story line but I already know that this game is completely unrealistic.

Sure, sure, there are dragons and whatever but that’s not what I’m talking about. The world of Tamriel is rife with ridiculous fantasies. Take for instance:

1. I can be a lizard person and people don’t try to make memes out of me. 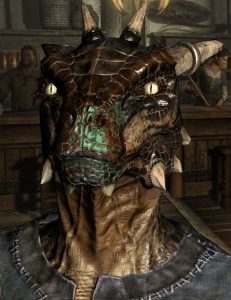 Remember when Mark Zuckerberg testified in a Congressional Hearing about Facebook and it ended up being a bunch of old people who really just don’t know how Facebook works? Remember how incredibly unnatural Zuckerberg was, even as he took a weird sip of water? People meme-d the crap out of that.

In Skyrim, You can literally be a person with a lizard head, and nobody says anything. Sure, they might be a little racist and call you names, but realistically, there should be an internet crapstorm of memes and jokes about people who eat bugs and are trying to take over the world. Totally unbelievable. 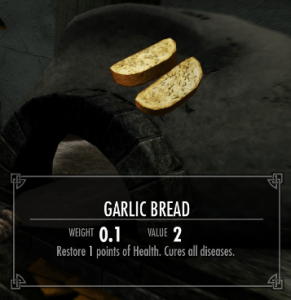 What even is a Thane? I still don’t have a straight answer. Apparently I have some important title and I get privileges and stuff but like all I did was kill that one dragon. Did you know that Sir Ian McKellen is knighted? Sir Anthony Hopkins? Sir Michael Caine? Literally those dudes are powerhouses of Cinema and they didn’t get recognized for their achievements until after a lifetime of contribution to the arts. All I did was show up and be lucky. And have a cheat modded bow and arrow but whatever.

3. The fish I’ve been carrying around in my pocket for two weeks still hasn’t rotted 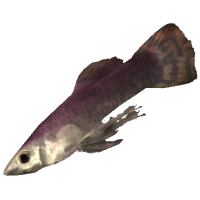 I picked up a River Betty like… in the tutorial and I’ve just had that thing with me ever since. It’s been at least a fortnite in game days and nobody is recoiling in terror at my awful smell. Common River Betties should rot y’all. You can’t just keep a fish in your pocket with no consequences.

This is by far the most irresponsible fantasy in the entire game. As a Millenial, I can kill some dragon, shell out some coin, and now I have a beautiful home? 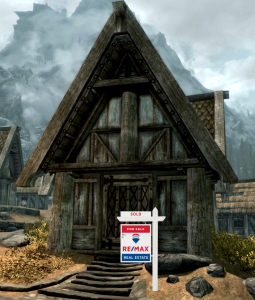 Like right in the middle of town? Yeah, right Bethesda. I can see through your devil magic. In this economy? Owning a home would be at least two dragons slain. Don’t toy with my emotions, fantasy-game-where-I-also-absorb-dragon-powers-and-shout-real-loud-at-people-and-they-fall-over.

I love a good fantasy game. Dragon Age Inquisition has been my favorite for a long time. I know I’m going to like Skyrim…if I can get over some of the glaring falsehoods the game perpetuates. Anyway I’ll keep you updated. Maybe.