Everyone who has ever seen a movie about superheroes now owes me a million dollars. Cool, now I am the richest woman on earth. Stay tuned for my book: “How to make millions of dollars by just posting some nonsense on the internet”. I will give it away for free since most of you are now hopelessly and permanently in my debt.

Okay okay, fine. You don’t owe me a million dollars, but my point still stands – superhero movies are so ingrained into the fabric of our culture that it would be difficult to find someone who hasn’t seen a movie about them. In fact, Marvel, (now Disney) has made billions of dollars off of their cinematic universe alone. 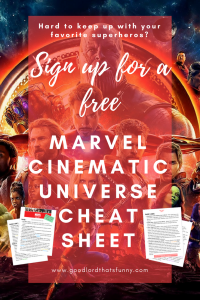 It’s been 10 years and 19 movies since the first Iron Man, and that is a lot to keep up with. It’s so much, that I made a cheat sheet for it, which includes all the movies and appearances of the Infinity Stones. Check it out!

For whatever reason, humans are obsessed with the idea of a better human. Be it through genetic modification or just super cool gadgets, everyone loves an overpowered do-gooder. But why? What makes us crave this impossible fantasy?

Maybe it’s because we want their lifestyle.

Superheroes are incredibly glamorous. Even in the recent trend of gritty reboots, a superhero still has that je ne sais quois that cannot be ignored. Take Batman for example. He is a tortured soul. Both of his parents were brutally murdered before his eyes, and everyone he has ever loved is put into danger because of his vigilante behavior. And yet? He is still one bad hunk of bat. He is super rich and has all the coolest gadgets and gizmos and cars and clothes… It’s definitely enviable, to say the least.

Read: The One Game Everybody Needs: Don’t Starve

Or take Spider-Man, a poor kid from Queens, who also lost both of his parents 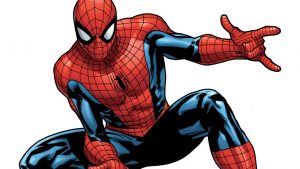 (losing one a parent or two is just one of many ways that superheroes and Disney princesses are actually the same, btw). He doesn’t have money, or fame, or even respect, but gosh dangit he can shoot webs out of his wrists and catch bad guys and he’s strong and powerful. Though the way he lives might not be particularly glamorous, his lifestyle is exciting and he’s doing important things.

A superhero exists for one reason: to save the world. Even if they only save their own world, or the world of their girl, a superhero is vital to the plot. Without their enhanced abilities, some level of disaster would befall us regular folks. 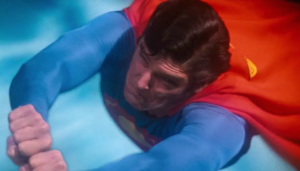 (the first Superman movie – truly one of cinema’s greatest achievements). Only Superman could do that. No regular old brain surgeon could argue with a mystical threat from another dimension and essentially keep saying “stop hitting yourself” until he decided earth wasn’t worth the trouble. Only Dr. Strange could do that (Full disclosure: I may have gotten a bit confused during that last act of the movie)

Ultimately though, I think we love superheroes because they aren’t powerless, like us.

what makes them superheroes – but hear me out. If a giant bomb comes screaming toward your home right now, and you have only 3 hours to stop it, what do you do? Cry. Idk, maybe pack a bag. Get the heck out of the way. But if a giant bomb threatens Iron Man’s home, he puts on his fancy suit, makes a few quips to his computer assistant, and he stops that bomb from doing any damage. He can do something about it. 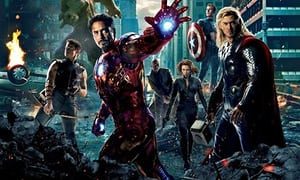 The world is big, and its problems are even bigger. There is so much that we, as tiny humans, cannot affect no matter how hard we try. A lot of the big stuff that goes on around us is just completely out of our control. But if we could fly, or shapeshift, or fight, or turn invisible, or control the weather, we might not have to feel so small.

Read: Hey, I Want to Talk About Emus

The problem with the idea that we can minimize our insignificance lies in the gospel.

We are meant to be small. Humans need a greater power outside of ourselves. We are His creation, and we need God to fix our broken world. 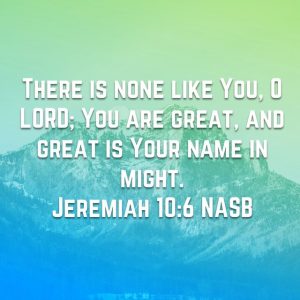 I love the make-believe and the excitement. But I also love that when I step back into reality and away from the fantastical movie magic and comic book adventure, I don’t have to feel so powerless. I can depend on the one who has all power. The one who has no rival and no equal. Not to get too preachy, but I am so glad that I live in a reality where I can put my trust in an infallible god, rather than in regular men who are too powerful for their own good. (Talking about you, Starlord. I’m still mad at you.)

Anyway, enjoy your superheroes and nerd out at your movies and comic books. But also remember that our God is infinitely so much better.

P.s. Sign up for my email list to get weekly recommendations, jokes, exclusive content and more! (I send cool freebies out sometimes too, so keep that in mind.)

3 thoughts on “Why Are we so Obsessed With Superheroes? {Free PDF Download!}”