Okay so like, this is not a new game. Don’t Starve was officially released in 2013, and 5 years is a long time in gaming years. Even after all that time though, Klei Entertainment (the development studio behind the game) is still releasing new updates and DLCs, with the latest one announced for release in December. It truly is a game that has aged incredibly well, and it continues to be my favorite even to this day. It’s my “Desert Island Game”, if you will. 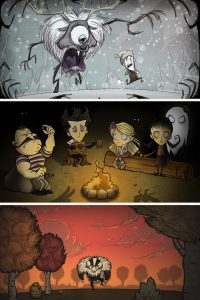 What the heck do I mean when I say that this is my “Desert Island Game”? I mean like, the whole “if you were stranded on an island and could only take one game what would it be”. For me it would be this one. I guess if I’m on a desert island I should take a lighter or a radio. Although stranded on a beautiful island just playing video games sounds kind of amazing, so I stand by it.

Read: Anime for beginners (3 animes to watch if you don’t watch anime)

If you’ve never played, Don’t Starve is an open world, survival based game. This means that there is no linear plot (well, there is one, but I’ll talk about that in a bit.) it’s just you, trying to stay alive. That may sound simple, but that basic premise has kept me coming back to the game consistently for four years now, and I just don’t commit well to things I’m not married to (just ask the string of dead houseplants I’ve left in my wake over the years).

So what makes this game stand out? 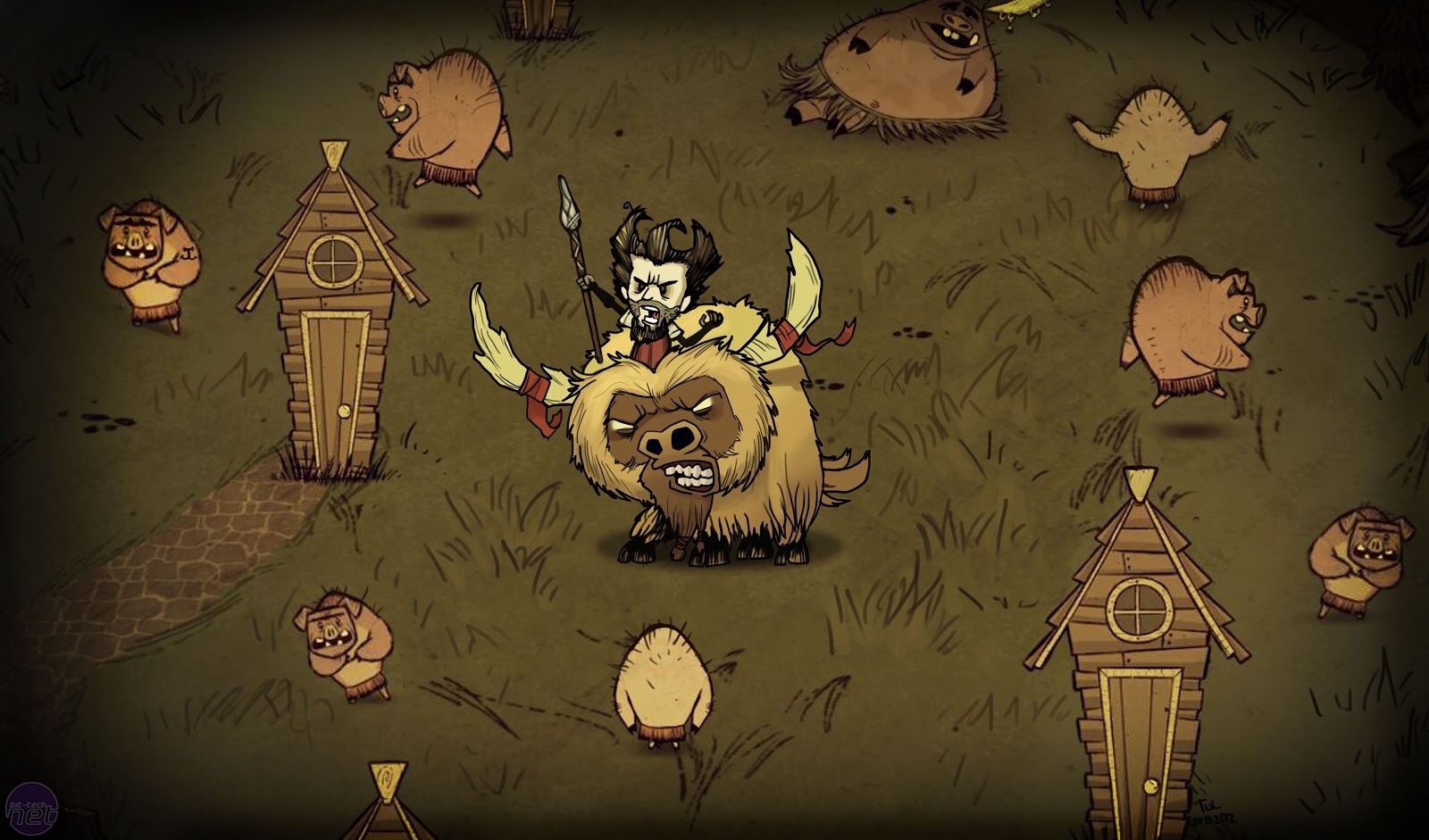 First of all: look at how cute this is. LOOK AT IT. Okay to be fair, that’s probably not “cute” necessarily, but what I mean is the animation. You know what? Watch this video. It explains the game-play and art style much better than I ever could.

The DLCs (downloadable content) all add something awesome. The first DLC, Reign Of Giants, added a whole new slew of big scary monsters to avoid (or fight) and then the released Don’t Starve Together, a brilliant multiplayer version. Don’t Starve: Shipwrecked is my personal favorite – a desert/ jungle island version.

The DLC slated for release in December 2018 is called Hamlet, will feature a little town of Aristocratic pig men, and I just… I just can’t. It’s so cute and I’m stoked for it.

Why do you need Don’t Starve?

If you are a gamer, and you love games, then you need this game because you need a simple, semi-casual game that you can pick up and put down at any time. Sometimes I play for only half an hour, and it’s easy to just step away and come back. I’ve also been known to play all day though. Like on sick days or just… days where I’m shirking all of my responsibilities because I’m pretending not to be an adult. It’s super versatile that way.

If you are not a gamer, but you have found yourself enjoying Candy Crush or other similar casual games, Don’t Starve can be for you too. It’s so simple that anybody can pick it up. The game is pretty secretive with instructions, so you get to figure out a lot of it by yourself. It’s cute, which, let’s face it, is 90% of why we play casual games.

So there you have it, my favorite game. Now that you’re all psyched about it (and you are psyched about it), check out this sweet shirt from myurbanalien.com! Used discount code: NEWHUMAN to get 10% off all orders from new customers.

I’m beginning a partnership with this super awesome brand, so there will definitely be more to come from that in the future!

This partnership does not include affiliate codes, meaning I don’t make anything off of the sale of the product. I just really like the stuff!

3 thoughts on “The One Game Everybody Needs: Don’t Starve”