If you have children, you know that they have a tendency to really latch on to something and it becomes obsessive pretty quickly. Sometimes it’s a movie (ours was Trolls for a while), a song (We Know The Way from Moana), or a concept (my child gets totally stoked whenever he sees or hears a train). This newest thing my kid is into, Blippi – I just don’t totally know how to cope with it. 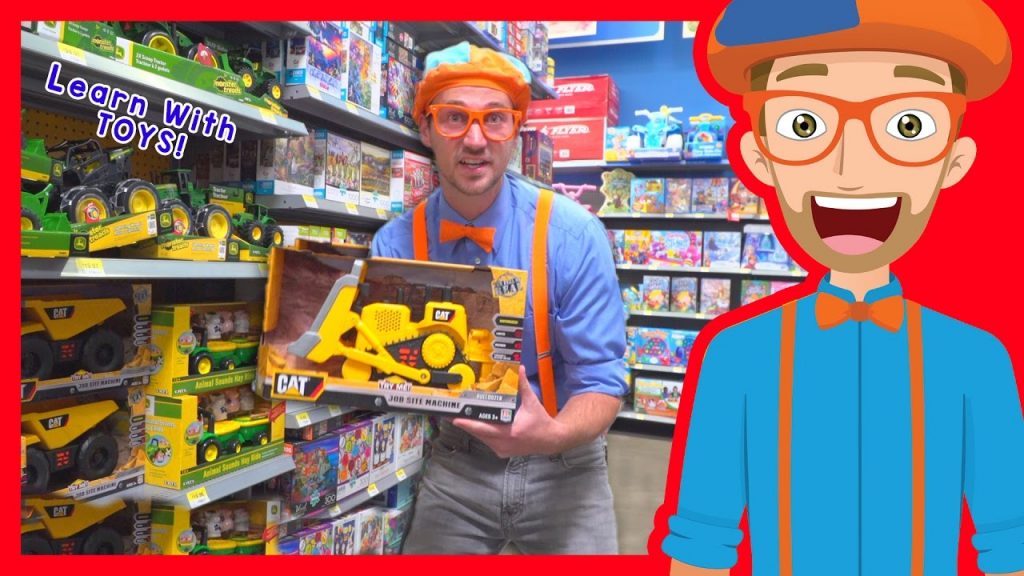 His name is Blippi and he makes YouTube videos. He seems like he’s probably my age, but he plays with toys and teaches lessons and visits kid places… and like cool. He’s wholesome. There’s nothing wrong with Blippi. I’ve watched every single video my child has watched and so far I can’t find a single real complaint. I just… He weirds me out a little? At first I was 100% convinced that this dude was a youth pastor just trying to work out his side hustle. He’s got that hipster-y, single dude who takes your kids to convention vibe. (No offense to youth pastors, I just have this idea that every single one of you is actually this guy) But… he’s not a youth pastor. He’s like some random dude that created a personality and I don’t know if that’s better or worse.

And okay fine. Asher was watching him the other day and wanted to eat fruit because Blippi was eating fruit. Ugh one for Blippi. Then Blippi was teaching all about stranger danger and got my kid to say “no strangers”. Whatever. Two for Blippi. Then We watched this video where he’s going around a playground gathering things and he’s so like… weirdly in shape? Like I couldn’t even do the monkey bars that well when I was a 90 pound kid?? Watch the first 5 minutes of this and see what I mean.

The problem is that there is actually no real problem here. And to be fair, maybe regular people are actually in shape enough to do that stuff and I just have no concept of what that’s like. His videos are educational, my kid loves them, they’re well done and safe to watch. So whyyyy do I still have such mixed feelings about him? I don’t know man. Like if I met him in real life I don’t know if I’d smack him right in his overenthusiastic face or kiss him right on the mouth for distracting my kid long enough to let me cook dinner In peace. Either way he would very likely make his mind up about me, and probably block me from his YouTube channel, creating a permanent rift between me and my 2-year-old, so I guess let’s hope that doesn’t happen.

Here’s to at least another two years of simmering animosity toward a YouTube personality that just wants to make money off my kid by being wholesome.

This post was written in 2018, and I have now written an updated post about Blippi – read it here: Blippi Revisited – I Hate Him Less but Also More