This morning I was in the sound booth, as usual, singing along to one of my favorite songs. The chorus explains how He is our rock, our shield, our strength, etc., and I was thinking about what that means to me in my life right now. It means that as a parent, I can lean on Him. As a daughter, I can 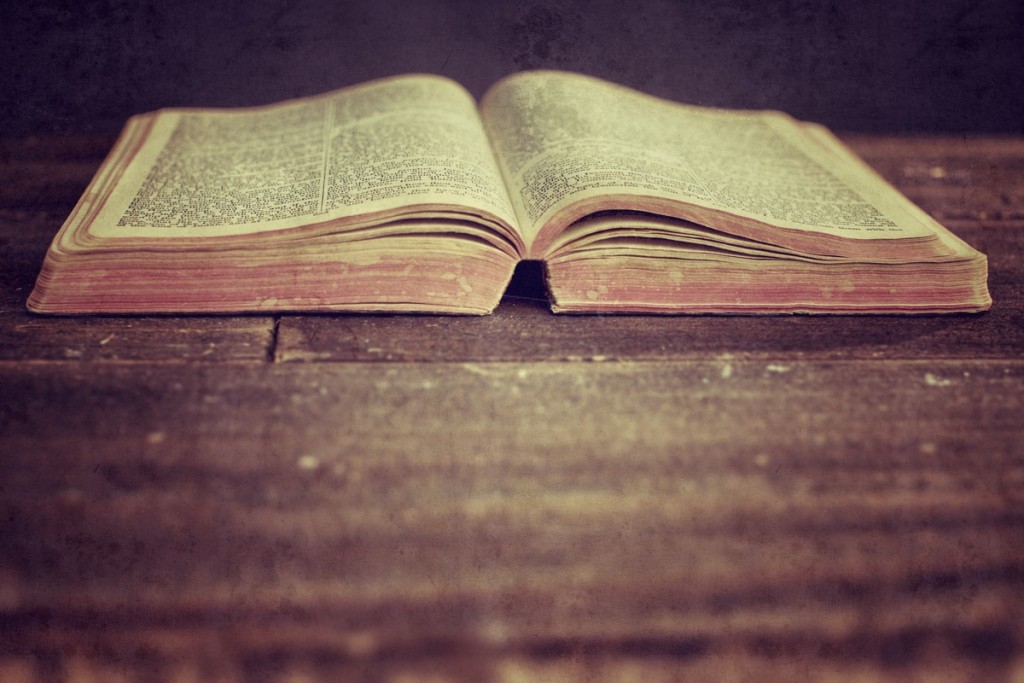 come to Him. As a wife, I can talk to Him. And then I got to thinking about the Bible because all of these thoughts are biblical of course. And I thought back over some of my favorite Bible stories. I thought about how different pieces of the Bible relate to my life in different ways. That’s what we mean when we say that the Bible is the “living” word of God. And wouldn’t you know it? My Dad touched on this in his sermon too.

I had a professor in my first semester of college at Evangel. When I first started his class, I honestly hated it. I thought he was weird. I thought he was one of those crazy literature professors that reads meaning into every little thing even when it isn’t supposed to be profound. He was ancient and talked about how he loved the way his wife moved through the house and the gentle timbre of her voice and other nonsense. But, as often happens, I realized that I was wrong (weird) and I grew to really appreciate him. He had a way of reading poetry that made it come alive. I once even visited he and his wife (who wasn’t nearly as enchanting as he described, but I digress) at his home and we talked about life. I learned a lot from him.

Probably the best thing I learned from him though was to read the Bible like a piece of well written literature.

Read the Psalms with a poetic mind. Consider the authors and their worldview to better understand their point. The whole Bible is so rich and beautiful.

Since that class, my view of the Bible is totally changed. I see it as dynamic and I analyze it as I would any good piece of writing. And what’s so cool is that every analysis brings new truth.

I am reminded of a favorite Bible story of mine, about King David, dancing undignified before the Lord (2 Samuel 6:14). He was accused of nakedness and his wife became angry. But he didn’t care. Cool story that reminds us to care only about the Lord’s opinion. But upon deeper study, we can learn that David actually was not naked, but was wearing a thin, traditional undergarment but the robe had been stained pink with the blood of the sacrifice he offered to God. So what the others thought was shame and nakedness was actually evidence of a grateful celebration to the God who had brought them safely through a battle. Even cooler at that deeper level.

The Bible describes itself as he bread of life. Nourishment. But there is an admonishment in the New Testament about living off of the milk instead of digging deeper into the meat that’s there. (Hebrews 5:12) The Bible is at once milk, made for baby Christians and those with little understanding, and a thick, rich, juicy steak, for the mature and seasoned believers. How can it be that a book – written by forty different authors in three different continents over two centuries – how can it be that this book is consistently challenging to us no matter what season of life we are in?

There is no answer except divine intervention.

I love that my favorite verses can bring me to tears even today after over a decade of life as a Christian. I love that as my experience in life changes, so does the understand and beauty of the truths within the pages of an ancient book.

There are times that I neglect reading the Bible because life happens. But I love when I pick it back up because I learn so much every time. I pray that you find yourself as enamored with the truth as I do.