I know that as soon as you see the title of this post, you will understand exactly what I am talking about, provided that you are a mother yourself. I still struggle with that label though, because it’s so new and it feels so foreign. Asher is now 7½ weeks old, and I love him more than I can explain. But I’ve come back to work now, and my time with him has been instantly cut almost in half. So this newness that I am adjusting to is once again shifting into some other newness. And it’s hard. I feel a lot of guilt. 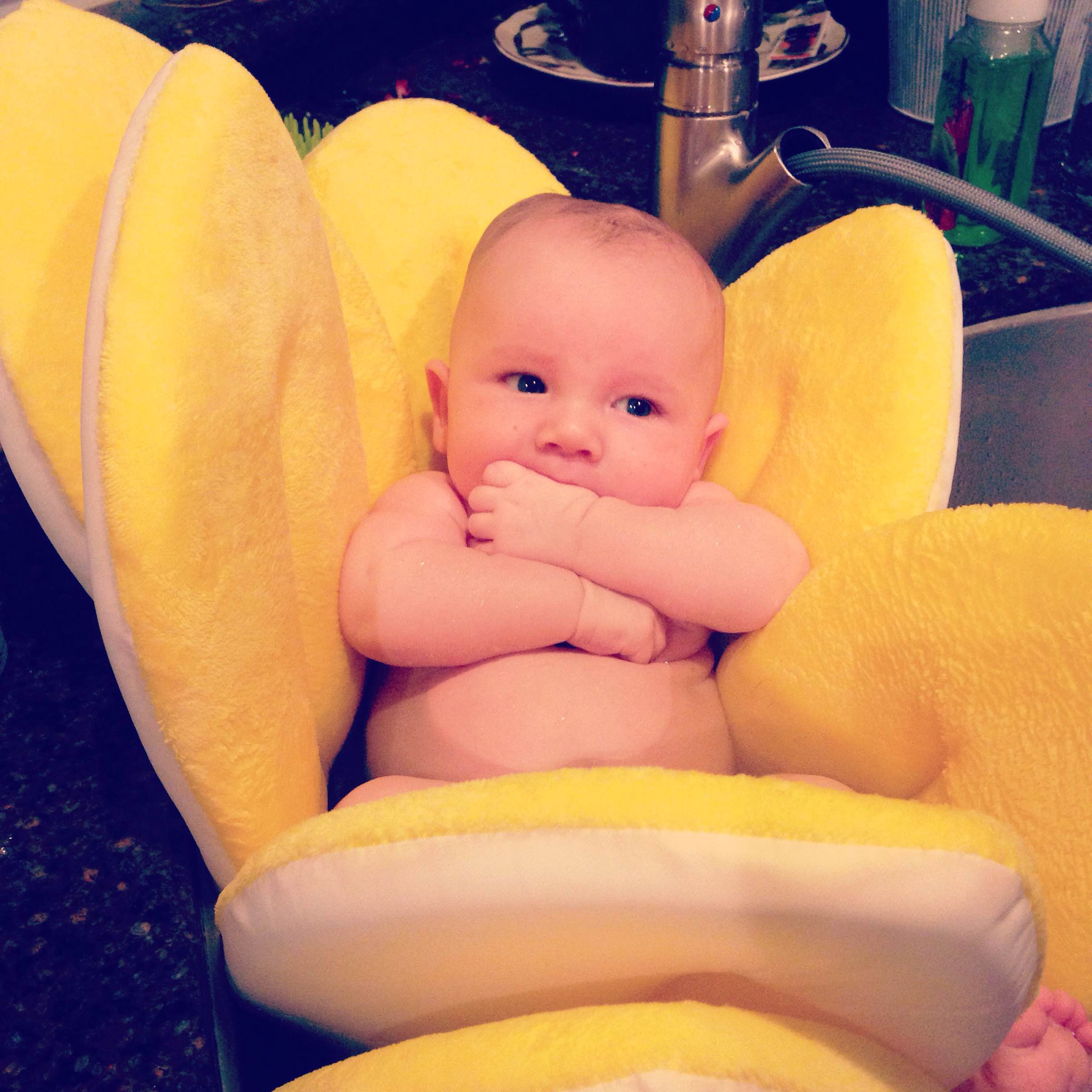 Being back at work, all my colleagues ask “how is baby?” and he’s fine. He’s doing great actually. I am fortunate enough to have my mother to watch him during the day. Occasionally a co-worker will ask me how I am though, and that one is a little more tough to answer. The actual work part of being back is fine. I’m enjoying my students and we’re getting things done. But I can’t tear my mind away from where I feel I really should be – with my son.

Some people told me that it would be hard, and I believed them, but I didn’t realize what kind of hard it would be.

It’s not the exhaustion from still very limited and interrupted sleep that gets me. It’s not the physical tiredness I still have not totally recovered from since giving birth. It’s not even the cold I’ve been battling for a couple of weeks now, which I would normally treat with medication I can’t take since I’m breastfeeding. It’s the crushing guilt.

I’m being very honest about this, I know, but I also know I can’t be the only one. I get home and all I should want to do is hold the baby, but sometimes I 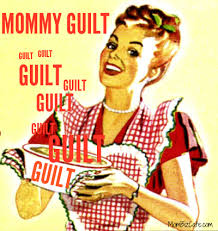 don’t want to, because he’s crying. It’s a lot easier to let my mom continue to meet his needs and soothe him so I can get things done.

Since I’m back at work, I don’t have as much time to do things like cleaning or laundry, and we just moved so there’s a ton of organizing and even some unpacking left. And when I’m holding Asher I can’t do any of that, because with me he often just wants to nurse the entire time I have him. And I hate to be so selfish, since I want the bonding and special connection that it brings, but breastfeeding is hard. Sometimes I want to quit, but then I think I might have nothing special with him.

Related: Read more about my journey through as a new mother here

I miss him so much during the day. The mornings are hardest, because I leave the house at 6:30. When he wakes up shortly after I know he’s happy and smiling and having a good time. But I can’t be there. Then, If I want to have any kind of functionality as a human I need to get to bed before 10 to get a few hours sleep before he wakes up to nurse for the first of at least three times in the night. Early bedtime means more time with him I don’t get. But still, when I get home, I feel so pressured to get things done. Not by anyone who lives in my house. My husband is equally stretched if not more so, since he also goes to school on top of work.

Everyone is very supportive. But I can’t just check out from my home responsibilities.

So I swing on this pendulum that has an overwhelming desire to hold my son and stare at him for hours so I don’t feel like I’m missing out on him on one end, and wanting to let my mom keep him longer so that I can accomplish necessary tasks and not be exhausted by the demands of a crying baby on the other. The guilt is overwhelming. Add to that the fact that my hormones have not totally leveled out yet and I cry almost daily, and it makes me wish that women had never joined the workforce. 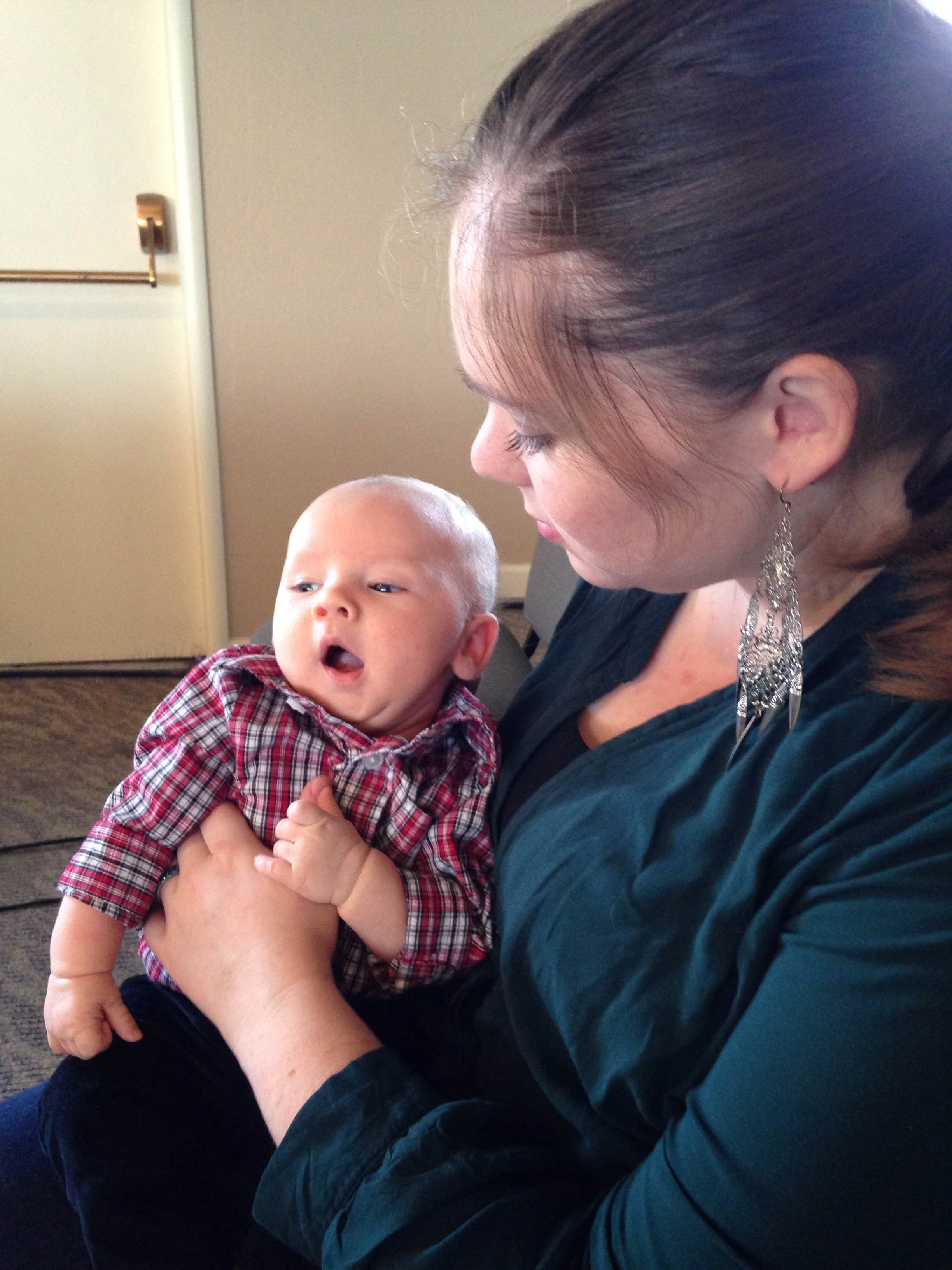 I’d like to say that I have some beautiful hopeful feeling to cling to, but I’m still working on that. I know all of the scriptures to lean on and I know that this won’t last forever, but for now, my takeaway is just to try to not be so hard on myself.  I spoke to a very dear old friend who put my life into perspective. She reminded me that I’m working hard and going through a lot. That even though I’m not around as much, my son and I will still have a special connection. I’m not just being a big whiney baby. That even though a lot of women have to deal with worse, I am, in fact, okay to struggle with my own circumstances. It’s okay to admit you’re tired and pressed and guilty. It’s okay to feel the things I’m feeling.

I’m looking forward to days that don’t feel so hard, but for now, I’m just taking it one step at a time. And it’s enough. I am enough. 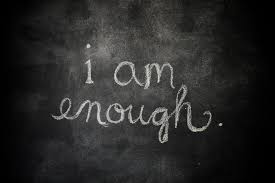