I haven’t written anything lately. I’m home for the summer and I love it. School is out. soon I get to work at the camps and have as much fun as my little heart can handle. I’ll write more about this amazing-to-be summer later. 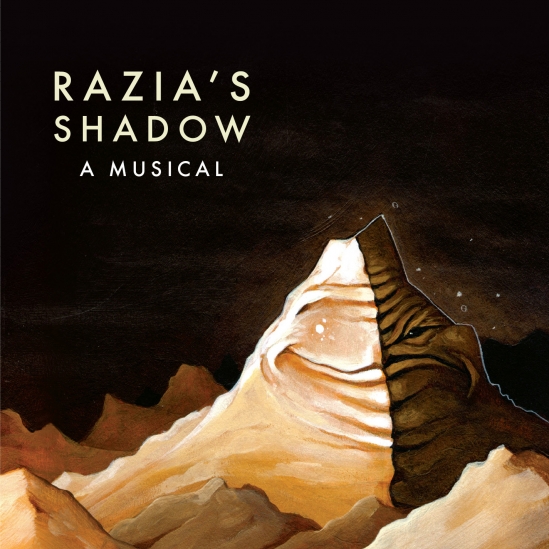 Right now, I want to talk about the piece of genius I am obsessing over. It’s called Razia’s Shadow, and it’s a contemporary musical created by two brothers and brought together by 11 various members of popular bands. It is pretty much a modern opera. The music features a full orchestra, but is in the style of the bands involved. I love love love it.

What I love so much about it though is really the story. It starts with the great creator, O the Scientist, who creates a world for he and his angels to live in. One angel, Ahrima, believed that he was great and wanted to be recognized. But the scientist refused to set him apart. In anger, he burned the world down to the ground

and from that point on, this earth was separated into two halves, the light and the darkness.

Hundreds of years later, the prince of darkness, Adakias, becomes unhappy and disguises himself in order to go to the light. He meets and falls in love with Anhura, the princess of the light. He sacrifices his life for her, and the world is once again reunited. His sacrifice causes the world to be once again a united world of peace and goodness.

The final words of the musical are this:

Now it’s your story to retell and pass on.
Because an idea is only relevant if it’s being thought upon.
So remember, never surrender.
‘Cause the unrelenting constancy of love and hope
Will rescue and restore from any scope.

Basically this is the story of creation and Christ. Many of these musicians are not Christian. (although the narrator

Aaron Weiss is and I adore his music.) I really find it fascinating that even non Christians can see the beauty of redemption and love. This musical, created by two people who as far as I know have nothing to do with church or God, is a gorgeous retelling of our story.

Why is it that they can do such an amazing job of conveying the earth and we can’t? We need to be doing a better job of conveying the incredible artistry of God’s plan. His love and redemption are the hope that keeps us going. He has created a gorgeous and fascinating world for us. We should be passionate about it. He is.

I challenge all of us to wonder at His majesty. The carefully orchestrated plan of history is His handiwork. Retell His story. Because the unrelenting constancy of love and hope, will rescue and restore from any scope.